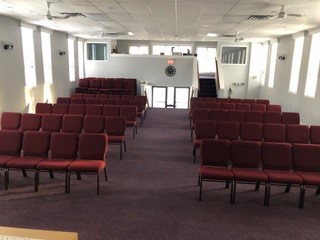 This “good news” story begins around 1998 while I was associate pastor of a church in Aylmer. The church split in 1999 and I was one of the people who left.

In 2004, I planted a church in Aylmer called The Potter’s Wheel Christian Fellowship. Around 2001, the original church closed its doors and in 2004, Liberty Ministries was planted in Aylmer also.

There was a remnant of people from the original church in both these new works. We remained sociable and superficial towards each other.

In May of 2020, Pastor Neil Owens of Liberty Church died of cancer. Pastor Rodney Hynes became the pastor. He called and asked if he could meet me to get advice on re-opening the church under the new COVID-19 rules and for pastoral advice.

We met and he said that the Lord had been speaking to him, seeing that he didn’t feel called to pastor. He said that in prayer the Lord showed him that I should be the pastor and he offered me the church building and all the assets. In the arrangement I would assume the mortgage, their only debt, which was approximately 35 to 40 per cent of the value. This is the first blessing.

Another church, Northfield Pentecostal Church, blessed us with $15,000 as we have been live streaming our messages to them, since they didn’t have a pastor. Another blessing flowed.

Approximately 25 to 30 people from Liberty Church agreed to make The Potter’s Wheel their church.

The process began and Liberty church voted 77 per cent in favour of this move and The Potter’s Wheel voted 100 per cent in favour. We held our first official service on October 4, 2020, but with two services, given the pandemic and related restrictions. We haven’t yet come together as one body but we are growing together. There is an excitement in the air and we were able to renovate approximately 80 per cent of the church.  This was the third blessing, given that the work was all done by volunteers.

Things are going well on the physical aspect of this coming together.

The most important part of this is the spiritual one, that we are reconciled one with the other, we have forgiven each other, and we are moving forward, united for the cause of Christ. I am looking forward to the day we can all meet in person. I witnessed the hand of God at work, seeing God make a way when there didn't appear to be a way.

This is a snapshot of what occurred. 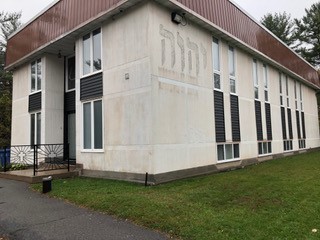 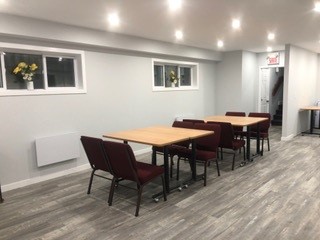