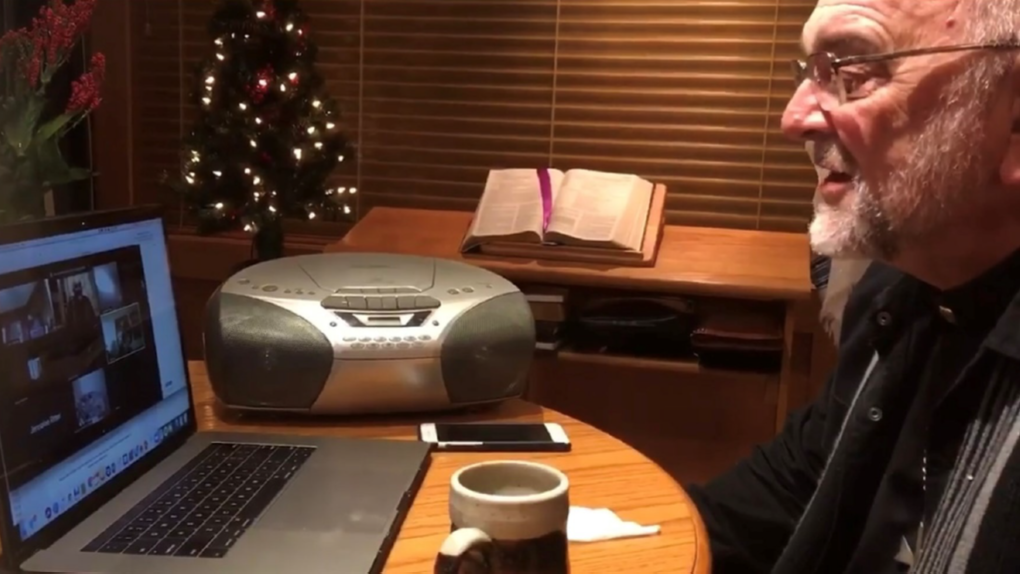 Early one morning while Bob was spending time with the Lord he was drawn to the verses found in Psalm 62. This particular chapter had been one Bob had been meditating upon a great deal.


For God alone, O my soul, wait in silence,
for my hope is from him.
He only is my rock and my salvation,
my fortress; I shall not be shaken.

On God rests my salvation and my glory;
my mighty rock, my refuge is God.

As a man who has had the privilege of serving Jesus for many years, Bob has come to understand that his daily preparation for ministry must always begin with spending time in God’s Word, praying and being still before the Lord.

“It is so vital for our ministry that we are equipped by the power of the Holy Spirit,
for without it we are never as effective as we could be.”

On account of “rolling” COVID-19 restrictions Bob (and his wife Karen) had been unable to be on site at “The Chapel” located at the West Edmonton Mall. Over the past year it has been a “season” of bringing “The chapel” to people via Zoom and in person (at a safe distance) as God leads. Bob felt a prompting in his spirit to go and serve communion to the precious folks downtown. Feeling a sense of urgency, Bob gathered up his communion tray and ready-to-serve communion emblems. Since safety protocol is paramount at this time, Bob got his gloves and scoured the kitchen for some tongs to enable him to distribute the communion elements safely.

Bundled up, and feeling spiritually fortified, Bob was filled with anticipation and eagerness to share with whomever visited his “outdoor chapel.” Entering the downtown core, Bob felt God directing him, and as he drove a few more city blocks, there was a sense of urgency to quickly find a place to park. Navigating his vehicle into a spot, Bob gathered a table, his trusty “sword,” the communion tray, the emblems and his tongs.

As with so many downtown cores across our nation, there are many people facing homelessness, mental illness, drug use, poverty, and a pervasive sense of despondency and desperation. In preparation for that day’s time of ministry, Bob was reminded of the words of Psalm 62 of how God meets us in the silence when we quiet our hearts and humbly come to Him.

Surveying his location, Bob opened his table and perched it on a small pile of snow on the edge of the sidewalk. The makeshift “Table of the Lord” covered up the sad reality of people’s used needles, discarded cups, used gloves and such. He was reminded that God alone can ultimately redeem broken and desolate people and forlorn places for His glory. For that moment in time that street corner was transformed and reclaimed for ministry to the very people Christ died for.

Bob had barely gotten set up when he glanced up to see a rather imposing woman rushing across the street. With her gaze darting around in hopes of seeing someone or something to help her. When her eyes recognized Bob, she cried out, “I need Jesus! I need Jesus and I need Him now!” Talk about the need “to be ready in season and out!” The woman’s frantic cries drew the attention of many curious onlookers, who were now privy to a “God moment.” Bob quietly prayed while the woman emptied her heart of the heavy burden of loss she was carrying. Through tears, hiccups, and sobs, “Nora” shared with Bob how her precious mother had just died (name changed). Unfortunately, on account of COVID-19 protocols, this daughter was unable to say goodbye – let alone be with her mom and hold her hand, as she took her last breath.

In his unique way, Bob shared about the hope and peace that Christ alone can bring. He shared with her about the sacrificial love of God and about the Son God had to watch die from a distance. A Son who took upon Himself the sin, insults, ridicule, suffering, pain and injustices the world would offer. A Son who became the Saviour of the world. A Saviour who fully understood Nora’s grief and pain. Bob shared not only that God knew her loss, but He longed for her to surrender her grief and receive the love of Christ. As Bob looked at Nora he saw that this broken, brash woman was being touched with the transformative power of the Holy Spirit. Bob saw a softening of her countenance before his very eyes.

Regardless of the busyness about them, Bob led this woman in the sinner’s prayer. Tears frozen on her cheeks were now warms with fresh tears of cleansing as this woman received Jesus into her heart. Leading this woman over to his makeshift sanctuary, Bob donned his gloves and grasped the tongs. He distributed the communion emblems to this woman and others gathered in this impromptu outdoor congregation. Reminding those “in attendance” of the precious shed blood and broken body of Christ, and the forgiveness that Jesus offers through his sacrifice. Many partook of these precious emblems for the first time while the angels in heaven rejoiced that another new name, “Nora,” had been written down in glory! 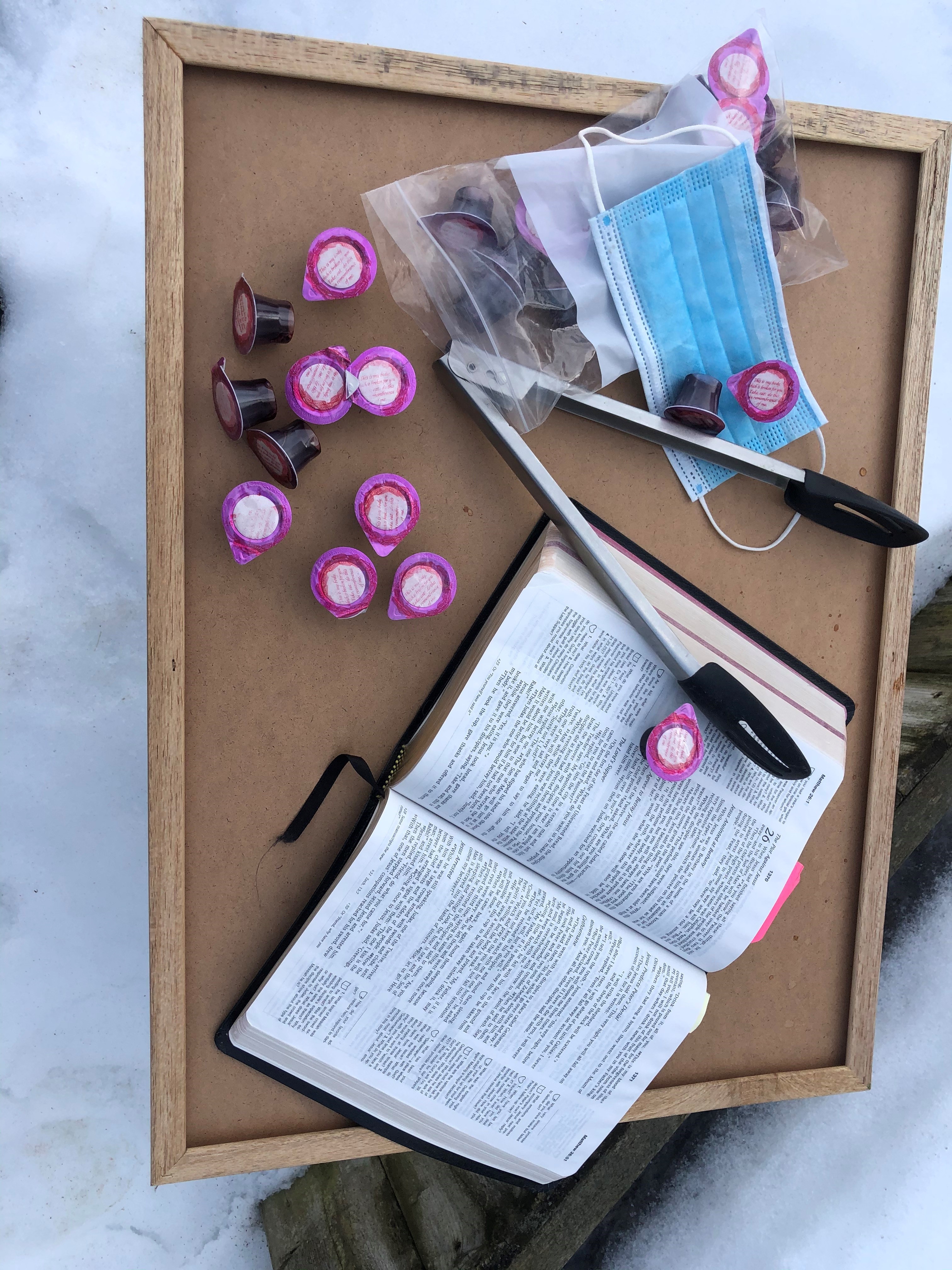