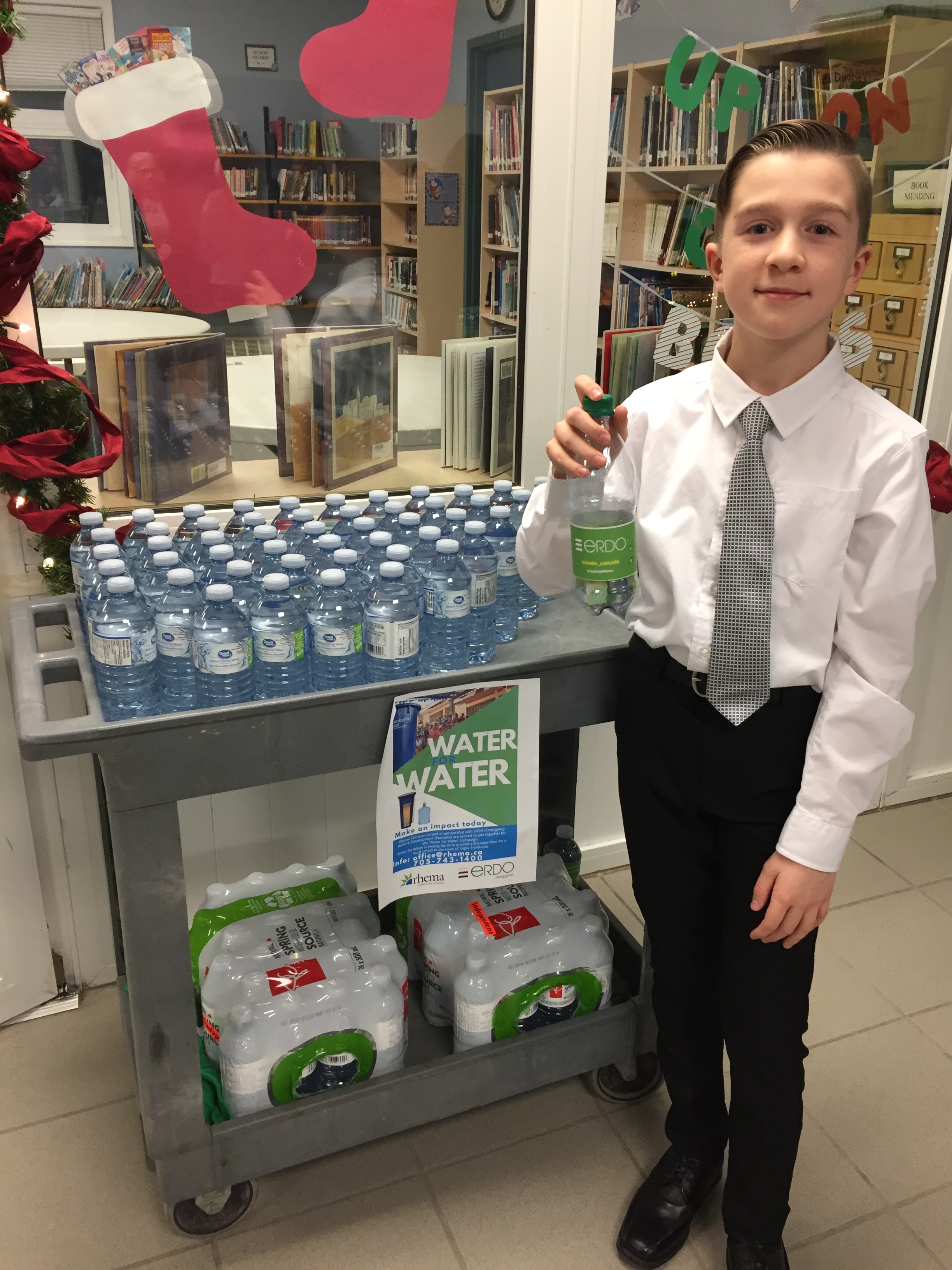 We love hearing of ordinary kids doing extraordinary things for God. Here’s a story of an incredibly compassionate young person named Robbie. We know you’ll be inspired by how God used his great idea to make an amazing impact in Honduras, South America. We are thankful to Robbie’s mom for sharing his story with us!

In fall 2019, Robert (Robbie) heard Rev. Jeff Hackett, Sponsor & Church Relations Officer at ERDO, speak at Northview Community Church in Peterborough, Ontario, where he and his family attend. (ERDO, Emergency Relief and Development Overseas, is the humanitarian agency of the PAOC.) Robbie was 11 at the time. He was really inspired by the presentation and continued to think about it. He asked a lot of questions about ERDO and the ways they help around the world. The global water crisis seemed to resonate with him. A few days later, his mother found him counting his money after school. He wanted to know if he had enough money to buy a water filtration system for a family in Honduras, but he didn’t have enough. He got to thinking and wondered if his school might be able to do a fundraiser for ERDO. He emailed his principal at Rhema Christian School, Wendy Holmes, to ask if he could run a fundraiser. She was so excited about it, and they decided to raise enough to buy a water filtration system for a school in Honduras ($2,100). That was their goal, and they were going to run the fundraiser through December.

Robbie called the fundraiser “Water for Water,” because the intention was to sell bottled water at school during recess for $2 each to raise money for the project. Each class came up with their challenge to raise money. One of the teachers even pledged to match every dollar his students raised. The way the whole Rhema community got on board with the project was beautiful.

The school also promoted the fundraiser at the Christmas program, which Jeff Hackett attended. Kathy Mizen, our global worker in Honduras, sent a video to Rhema talking about the great need for clean drinking water in Honduras. Parents and grandparents donated funds at the Christmas program. It was terrific for Robbie to watch his dream of helping raise money to provide clean drinking water in a less fortunate part of the world come to life.

The school raised $3,689.95 – far surpassing their original goal. It was enough to provide a water filtration system for a school, plus they were able to provide new and improved bathrooms. Amazing!

What’s also really neat is that Robbie was invited to share his story during a virtual chapel service for a Christian school (Anchor Academy) in St. John’s, NL, during the COVID-19 pandemic, talk about the project, and encourage those students to support the global water crisis as well. He told them about the success of the fundraiser and said, “This reminded me of the Bible story of the loaves and the fish. One child’s small gift to Jesus was multiplied into a miracle. God did that here at Rhema too! He took the small gifts of children and multiplied them. Now children in Honduras can drink clean water at their school without getting sick.”

Since all this has happened, Jeff Hackett has been in touch with Robbie and his principal, Mrs. Holmes, again. They’re going to run Water for Water 2 in 2021. Jeff is also using Rhema as a pilot project, which will hopefully inspire other Christian schools to participate in this great fundraising campaign. So, we’re all really excited to see what God is going to do through the ongoing efforts of Robbie and his friends at Rhema!

Thanks, Robbie! We loved hearing what God has done in and through your fundraiser and know that God will continue to use you and your classmates as you sow into the lives of those in need.

We are happy to share that the Water for Water program has officially launched. If you are interested in learning more, contact Jeff Hackett at Jeff.Hackett@erdo.ca. 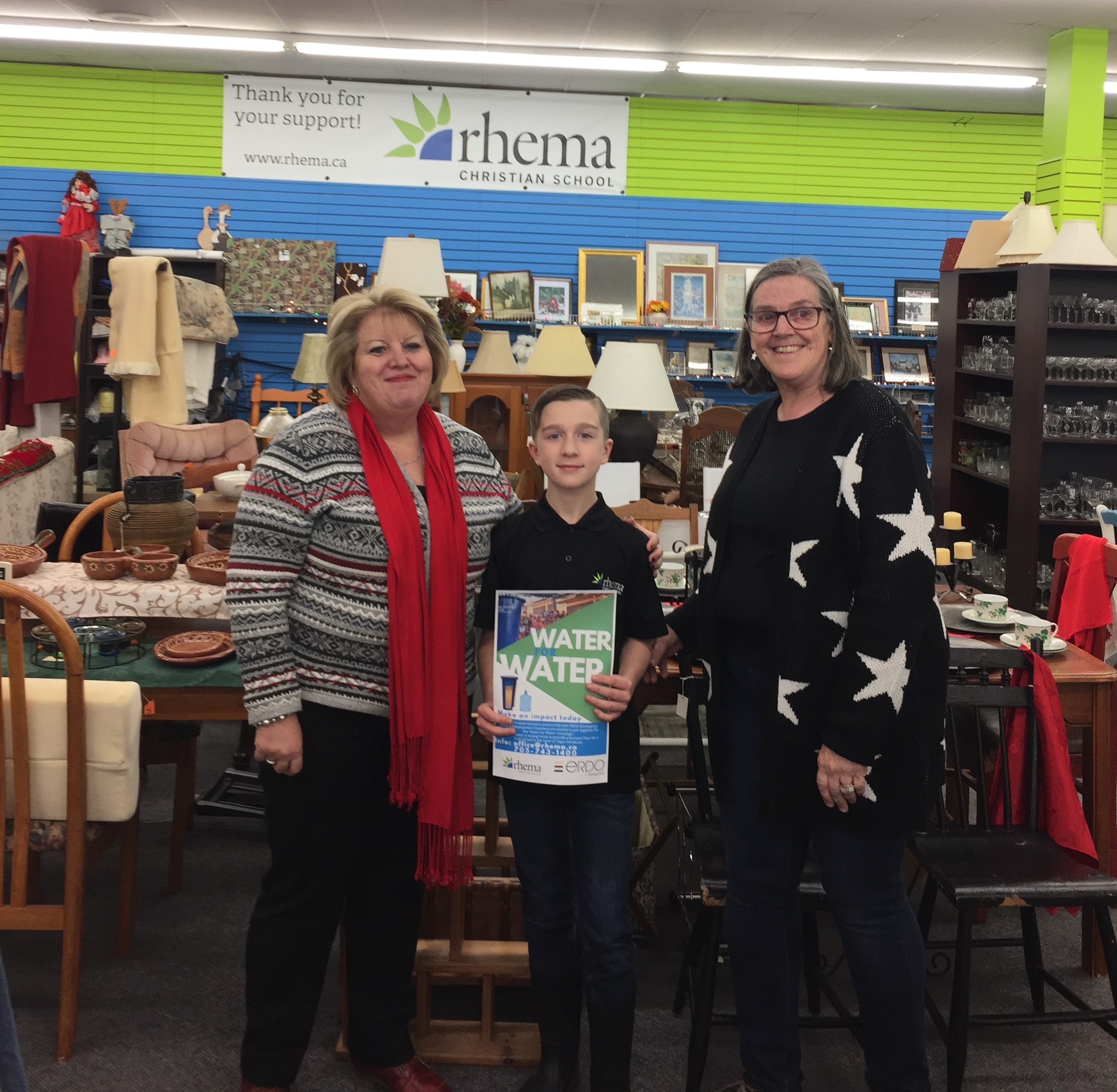