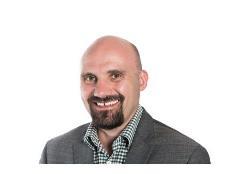 Dr. Jeremy Feller was recently appointed to serve as PAOC International Missions' regional director for Africa. ​He and his wife, Teresa, have been serving in Ethiopia since 2003. He has worked in training and releasing church planters, discipling young leaders, Bible college ministry, and on the leadership team of Addis Christian Life Assembly in Addis Ababa. God has been working among the unreached people in Ethiopia. People from a variety of cultural and religious backgrounds are coming to Christ and planting churches.

Jeremy is a respected teacher and leader in the Ethiopian context. From Ethiopia, he has been part of training people working throughout North Africa and the Middle East. Jeremy’s heart beats to see the transforming gospel of Jesus Christ expand into the unreached portions of Africa that have yet to be engaged by the gospel. He also seeks to raise the next generation of missionaries to expand the kingdom of God.

Jeremy and Teresa have three children. Timothy, Bethany and Zoe bring joy, adventure and brightness to their lives. Jeremy graduated from Vanguard College with a degree in ​theology before completing a master's degree in theology from Mattersey Hall with the University of Wales in 2003. In April 2016, he graduated with a Doctor of Theology degree from the University of South Africa, writing a thesis on discipleship and spiritual formation for Pentecostal leadership.

Jeremy enjoys watching and playing sports. He has recently taken up jogging, since running is the most common sports activity in Ethiopia. He also enjoys a good cup of strong coffee! 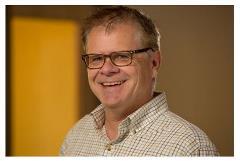 Dr. Van Johnson is the dean of Master’s Pentecostal Seminary in Toronto (www.mpseminary.com), a position he has held since 1996. The seminary was the first graduate school opened by The Pentecostal Assemblies of Canada. He is also an adjunct faculty member in New Testament at Tyndale Seminary, Toronto. Van holds a BA in sociology from McGill University in Montreal, a MDiv. from Trinity Evangelical Divinity School in Chicago, and a ThD from Wycliffe College, University of Toronto.

Van has been an ordained minister with the Pentecostal Assemblies of Canada (PAOC) since 1983.

He presently serves as co-chair of the PAOC Theological Study Commission. He is also a part of the pastoral team at Agincourt Pentecostal Church in Toronto (www.apchurch.com) as one of the Sunday morning worship leaders. For the most part of the last 30 years, Dr. Van has stood in front of this large, multicultural and multi-generational congregation and led them in a blended worship service.

He has conducted chapels for the Montreal Expos, the Toronto Blue Jays, the Toronto Raptors and the Toronto Argonauts. He wrote the commentary on Romans in the Full Life Bible Commentary, which was published by Zondervan. 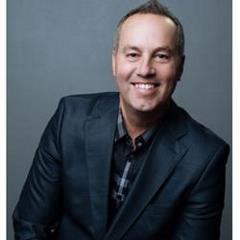 Rob Ketterling is the founder and lead pastor of River Valley Church, a multi-site church launched in Minnesota in 1995. It has since grown into a thriving church with over 8,500 in attendance across eight campuses, and there are plans for further expansion in the future.

Through his unique and practical preaching style, vision casting, and gifts of leadership, Rob encourages people to live out River Valley’s mission of cultivating an authentic, life-changing relationship with Jesus Christ. He is the author of several books including Change Before You Have To and Front-Row Leadership. He currently serves on several organizational boards, including the lead team of the Association of Related Churches (ARC) and the Church Multiplication Network (CMN). Rob loves travelling and spending time with his wife, Becca, and also enjoys time on the golf course. 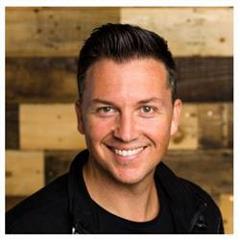 Pastor Andy Moore is the lead pastor of Glad Tidings Church, a dynamic, multi-site church on Vancouver Island that has a rich history and a large reach. Andy is also known for planting the Adore Community, a young and passionate church that continues to reach the un-churched and disenfranchised since its launch in 2005. Along with his wife, Lisa, they share their journey of deep brokenness, authentic healing, and vibrant new beginnings. Their story has brought healing to many.

Andy also serves on the board of ARC Canada (Association of Related Churches), which exists to plant life-giving churches all across our great nation. 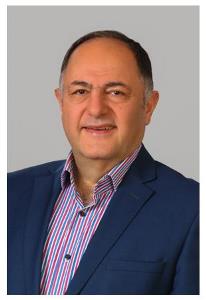 Dikran was born in Amman, Jordan, into an Armenian-Christian family. He surrendered his life to Christ at 19 years of age while studying science in Wales, Britain. Upon graduation, Dikran took over the business that his father had left him and his brothers, and they grew it into a thriving company. At the same time, he was serving the Lord as a youth pastor and later assistant pastor at the Central Assemblies of God church in Amman, Jordan (now New Life AG).

In 1987, he became senior pastor of the same church, and with the help of his wife, Ani, and other pastors, the church grew and now serves many hundreds of Arab believers every weekend. Having planted many Pentecostal churches in Jordan and some other Arab countries, the church has outreaches and sends long-term cross-cultural workers among Arabs in many nations.

Dikran preaches on Arab Christian Television reaching a potential audience of millions. He also sits on the board of the World Assemblies of God Fellowship (WAGF), representing the Middle East and North Africa. 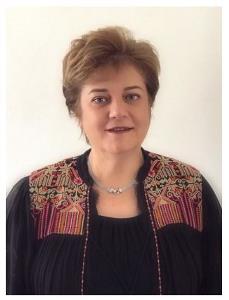 Ani was born in the Syrian city of Homs. She is a descendant of survivors of the Armenian genocide of 1915. She grew up in a Christian home and was led to the Lord at the tender age of 10 by a missionary teacher at a boarding school in Lebanon. She was introduced to her husband, Dikran, by a mutual friend and was engaged to him on their second meeting—and married him at the end of six months!

Ani and Dikran have built a thriving youth ministry in Amman, Jordan, and many of their disciples are now in vocational Christian ministry. As pastors of the local church in Amman, Ani oversees ministry to the women and children in the church. Ani is a gifted evangelist. She comes alive when she leads someone to the Lord, sees them baptized in the Holy Spirit, and then disciples them in the ways of Christ.

Because of her love for her original country, Ani was actively involved in selecting refugee candidates for relocation to Canada under the sponsorship program of the PAOC and its officers. Her prayers for her native country are being answered when many of the displaced Syrians come under the Lordship of Christ.

Ani holds a master’s degree in theology from the University of Wales in Britain. 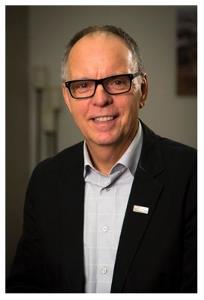 Barry Slauenwhite is the president and chief executive officer of Compassion Canada. After 34 years with Compassion, he is set to retire effective October 2019. He will continue speaking and advocating on behalf of children living in poverty as president emeritus.

Barry is proud and grateful that during his 24 years as president and CEO, Compassion has never wavered from its unique commitment to being Christ centred, child focused and church based.

He has always maintained his PAOC ordination credentials and has served as interim pastor during times of transition at Gateway Church in London, Ontario—a spiritual home to Barry and his wife, Sharon, during his entire career with Compassion. 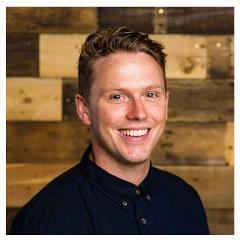 Luke and Helena Stones have long called Victoria, B.C., home, and are now raising their five children in the heart of this beautiful city. Luke has served as worship pastor at Glad Tidings, Victoria, since 2006, where he leads a vibrant team of worship leaders and song writers. Convinced that God’s presence is active and His breakthrough is available, Luke’s passion is to simply lead the church into an awareness of the hope, freedom, and joy offered in Jesus.